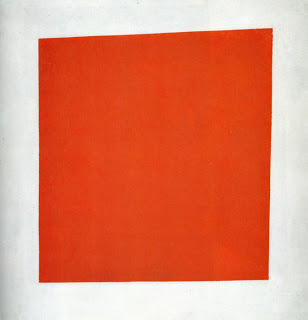 Should the focus of science and the search for knowledge be to reduce the number of Unknowns? To turn Unknowns into ‘Knowns’? If one declares something as Known, they rule out the possibility of error. They deny the possibility of change and the uncertainty that is the very nature of existence. Everything that exists (though existence itself is arguable) is subject to the basic law of evolutionary change, as per Hegelian dialectics.

In Hegel’s famous example, a dog is not born a tiny dog, only to grow to the full-size dogs we today befriend (and, with such advances in technology as have rendered our ability to age to 80 and beyond, in turn these example dogs would be given the ability to reach an older age and therefore grow to be giant dogs towering above us). A dog, like us, starts as a zygote, growing into a fetus, then a puppy, and then the thing we designate with the term ‘dog’. Would the term ‘dog’ also apply to the zygote from which the ‘dog’ evolved? Would a child, with wonder and bliss in its eyes, point to the single-celled microscopic jelly-like zygote and exclaim, “DOG!”?

‘Dog’ is the umbrella term we give to every stage in this process as the ‘dog’ evolves over time. However, as a single-celled organism, would this being contain the essential qualities that define ‘dog’? This question summons the great quandary discussed with such DOGma by pundits of the “pro-life” movement — is the fetus, at any stage (single-celled and beyond) considered a living ‘baby’? They would argue yes. But does this zygote/fetus/baby/human contain the essential qualities we ascribe to humans? More importantly, does it contain personhood — an arguably definitive quality of human life?

Here, you can discern some of the problems that arise when when one attempts to give something a name or a label (an act which places a definitive ontological and epistemic boundary on that which one tries to describe), which in turn may also (intentionally or unintentionally) declare something as Known. When declaring an Unknown as Known, one closes the door on uncertainty and the thing’s intrinsic evolutionary potentiality, as well as all possible knowledge that can unfold by exploring the possibility of Unknowns. One also closes off the ability to contemplate the space between that which is Known and that which is Unknown.

The conflict between Known and Unknown — and the degree to which our conceptual understanding of the world is driven toward limited to eliminating Unknowns — shares qualities with the problem of philosophical absurdity and the human drive to find meaning in an (arguably meaningless) world, as well as the conflict between the two (the Absurd). The human tendency to seek value and meaning is much like the human tendency to delineate with nomenclature and the desire to reach a point at which we can declare things as Known. If the nature of existence is inherently evolutionary and uncertain, then herein lies the nature of the Absurd —-- the drive to reduce the number of Unknowns is doomed to fail.

That which is Known and that which is Unknown participates in a great dance of uncertainty. For, when we dance as humans in a space in which other humans are dancing, it’s a celebration of uncertainty: a revel in the experience of sexual tension and possibility. It is out of uncertainty, the vacillation between Knowns and Unknowns, our inherently impossible search for meaning, and the Absurd that many beautiful and pleasurable things in our lives arise.

Enjoy life, pet some dogs, and embrace and revel in the Unknown, tiny Unknowns!